Hayley Baker is a former British National medalist and an ASA Level 4 coach. Since beginning her coaching career in 1995, Hayley has been selected for England Talent, Welsh National, numerous British Swimming teams and was also selected for the biggest world sporting event – The Olympic Games in Tokyo 2022 – The only representative from a Welsh swimming club. Hayley remains to be one of the leaders in age group development and senior performance coaching in all of the UK.

Prior to coming to Swansea, Hayley was Head Coach at Bolton Metro, where her swimmers consistently qualified and medaled at British National level. During her time at Bolton, Hayley had swimmers selected for Team GB at the European Youth Olympic Festival and for the European Junior Championships. She was also part of the development of Rob Bale, who went on to represent Great Britain at the 2012 London Olympics.

Hayley joined the Swansea Coaching Team in 2007 as the Age Group coach. Since her arrival, she has overseen the development of a promising group of swimmers who have qualified every year for British National Championships, making finals and regularly winning medals

In 2013, Hayley again had a swimmer selected for Team GB at the European Youth Olympic Festival, and who went on to secure Bronze. Her expertise as a performance coach is also evident in the success of Lewis Fraser, who won the 100 and 200 Breaststroke at the ASA National Championships, and, in the process, breaking the British Age Group records.Hayley is regularly selected for Welsh National Teams and was recently was appointed to represent Great Britain on the British Open Water Team.

Hayley was appointed to the position of Head Coach of City Of Swansea Aquatics Head Coach in September 2015. Since then she has led international training camps, led Swansea Aquatics to the National Arena League Final, and qualified as an ASA Tutor and assessor of Levels 1, 2 and 3 coaching.

Hayley’s unique and exciting coaching style is designed not only to develop high class swimmers with great technique and skill for future development, but also helps to develop life skills and produce well-rounded young people. 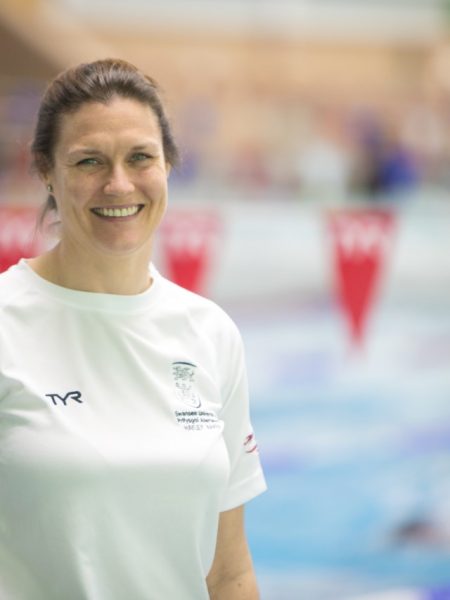